Established in 1985 with unanimous support and approval by Chief John Burns and the Town Board. Following a one-year trial, the K-9 program was authorized to continue as part of the Patrol Division. There were five German Shepard K-9s all trained and handled by Sgt. Rick Kemner.  The five K9s were: K9-1 Askar (male), K9-2 Belinda (female), K9-3 Rio (male), K9-4 Hilde (female) and K9-5 Artus (male).

All of the East Greenbush Police K9s were trained and certified in: Tracking, General multi-purpose patrol functions and Narcotics detection.

The K-9 regularly assisted police agencies throughout the region.  In addition to East Greenbush, Rensselaer Police and Schodack Police also had K-9s (which no longer exist today).

The K-9 program was disbanded in 2007 with the retirement of Sgt. Kemner. 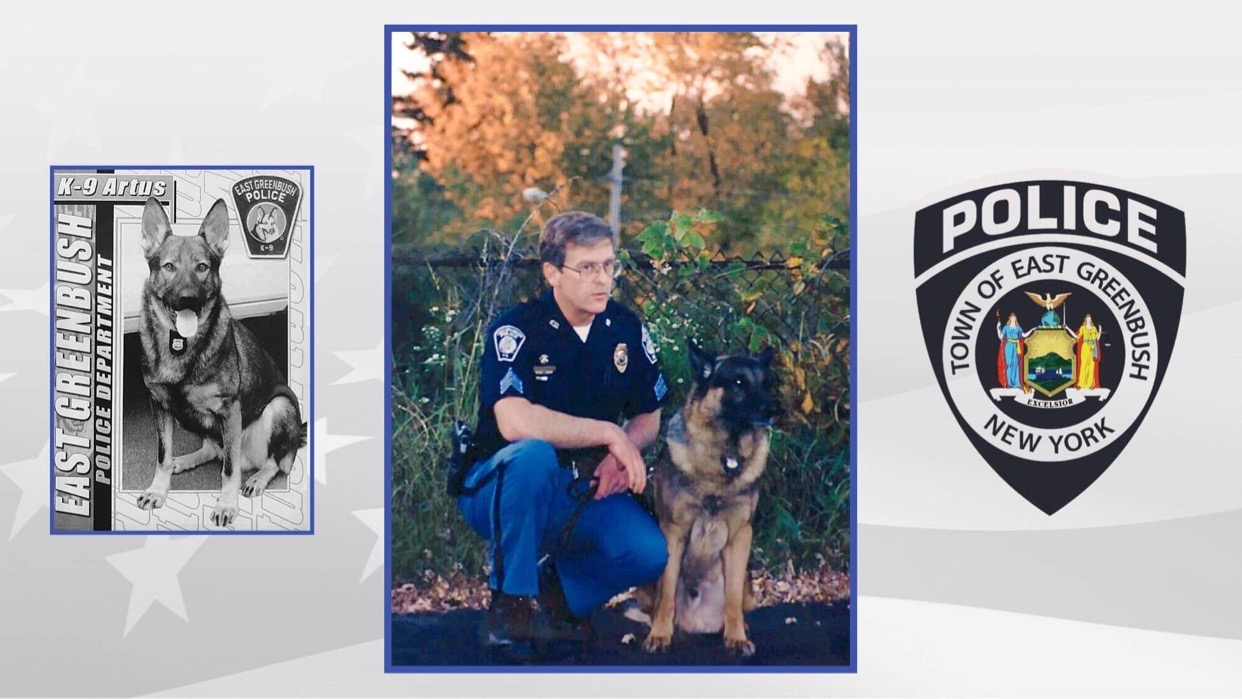